To share your memory on the wall of Craig Morey, sign in using one of the following options:

Provide comfort for the family of Craig Morey with a meaningful gesture of sympathy.

We encourage you to share your most beloved memories of Craig here, so that the family and other loved ones can always see it. You can upload cherished photographs, or share your favorite stories, and can even comment on those shared by others.

Posted Jun 15, 2019 at 07:49am
I did not know your loved one, but I am so sorry for your loss. The majority of us are not strangers to loss. Many who have experienced loss find these practical suggestions helpful. Allow yourself time to grieve, talk about your thoughts and feelings, accept help, draw closer to God, visualize the resurrection. Doing these things has given many people, myself included, the strength to go on. My sincere condolences at this difficult time. 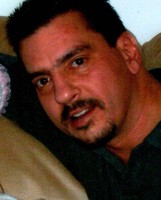