To share your memory on the wall of Rayla Snyder, sign in using one of the following options:

Provide comfort for the family of Rayla Snyder with a meaningful gesture of sympathy.

We encourage you to share your most beloved memories of Rayla here, so that the family and other loved ones can always see it. You can upload cherished photographs, or share your favorite stories, and can even comment on those shared by others.

Posted Aug 07, 2019 at 07:02am
I'm going to forever miss your late night/ early morning Coffee runs to Sheetz's, because you almost always stopped by to see me.
I worked with you at Tim Britton Construction.
Spending time with you always Brightened my day.
I miss you Rayla, I miss you so much. Love You My Dear Friend
Tim Nash
Comment Share
Share via:
TM

Posted Jul 22, 2019 at 08:49am
You are forever going to be missed & something seems altered in life since I found out... You have been non stop on my mind. All of the memories & craziness. I know we hadn't talked for a while & last we did, we were not on the best of terms. However you always will have a place in my heart. My heart breaks for your girls. I know how much you love them.
I pray you're with your mom and gram now watching down on everyone❤️. Rest in peace beautiful.

I am so saddened. I went to school with Rayla. We weren’t close, but it is so sad to see someone so young gone too soon 😢

Posted Jul 19, 2019 at 02:00pm
R.I.P Rayla...you will be missed,you were a good Mom an loved your girls to the moon and back..We will take care of Madison..Love Ya, Tim and Joanne
Comment Share
Share via: 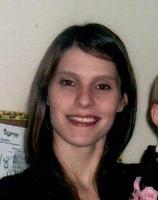