To share your memory on the wall of William Bell, sign in using one of the following options:

Provide comfort for the family of William Bell with a meaningful gesture of sympathy.

Print
William Merrill Bell, age 69, of Reynoldsville, died on Wednesday, August 7, 2019 at his home. He was born in Clearfield on September 22, 1949 to the late Everett Merrill and Betty jane (Griffith) Bell.

Bill was a 1967 graduate of Purc... Read More
William Merrill Bell, age 69, of Reynoldsville, died on Wednesday, August 7, 2019 at his home. He was born in Clearfield on September 22, 1949 to the late Everett Merrill and Betty jane (Griffith) Bell.

Bill was a 1967 graduate of Purchase Line Area High School and retired from Benjamin Coal Company after 20 years of working as a dozer operator and loader. Bill was an avid sports fan and hunter.

In addition to his parents Bill is also preceded in death by his daughter Lisa Lines.

Bill is survived by his son, William M. Bell, II of Dubois, his ex-wife Ruby E. (Welder) Bell, his sisters, Patricia Robison of Grampian and Lorie Park and her husband Daniel of Brookville, a brother James Bell of Punxsutawney,3 grandchildren and one great-grandchild and his niece Luann Gourley, who cared for him for the past several years and several other nieces and nephews.

Funeral Services will be private.

Plant a Tree in Memory of William
Plant a tree 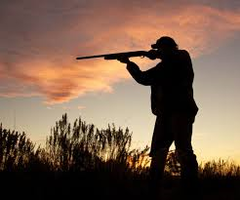