To share your memory on the wall of Pamela Payton-Wright, sign in using one of the following options:

Provide comfort for the family of Pamela Payton-Wright with a meaningful gesture of sympathy.

Print
Pamela Payton-Wright, an acclaimed actress from Brooklyn NY, passed away at the age of 78 on Saturday December 14, 2019. She was a resident of Harmony Circle at the McKinley Health Center at Laurelbrooke Landing in Brookville, PA.

Pamel... Read More
Pamela Payton-Wright, an acclaimed actress from Brooklyn NY, passed away at the age of 78 on Saturday December 14, 2019. She was a resident of Harmony Circle at the McKinley Health Center at Laurelbrooke Landing in Brookville, PA.

Pamela Payton-Wright performed leading roles at most of this country's great theaters in works of nearly every major playwright. She received a Drama Desk Award for her performance as Lavinia in Circle in the Square's Broad¬way production of Eugene O'Neill's Mourning Becomes Electra with Colleen Dewhurst. Her other Broadway credits include The Show-Off, Exit the King, The Cherry Orchard, Jimmy Shine, The Crucible, All Over Town, The Glass Menagerie, Romeo and Juliet, M. Butterfly, The Night of the Iguana, A Street¬car Named Desire and Something Unspoken. Off-Broadway credits include The Effect of Gamma Rays on Man-in-the-Moon Marigolds (Obie, Clarence Der¬went Award, Variety Critics' Poll Citation), Jesse and the Bandit Queen (Obie), The Seagull, Hamlet, The Replacement, Mrs. Warren's Profession, Richard III, 'Til the Rapture Comes, The Orphans’ Home Cycle, Duet, and The Day Emily Married.

Her film work includes In Dreams, The Freshman, My Little Girl, Ironweed, Starlight, Going In Style, Resurrection, and At the Dark End of the Street. Her television credits include PBS productions of The Prodigal, Brother to Dragons, and The Adams Chronicles (Emmy nomination). Among her TV roles, she had a recurring role on One Life to Live as Addie Cramer over a twelve-year period. She is a graduate of Birmingham-Southern College and the Royal Academy of Dramatic Art, where she received the Special Medal and the Edmund Gray Prize for High Comedy. She is a 1999 recipient of a Fox Grant Fellowship for work in Baroque dance (she studied in Italy, France and England).

In 1961 she was crowned Miss Tuscaloosa and was a finalist in the Miss Alabama contest where she performed her own rendition of Peter Pan in four minutes, playing all the characters, even Nana, the dog and “did the flying and everything.” In 2008 she performed with her son’s theater company, The Debate Society, in a play called Cape Disappointment, in a role written for her inspired by her experience as Miss Tuscaloosa.

Pamela was a lover of animals, great food, Brooklyn and interesting people. She is pre-deceased by her beloved animals Grindle, Mary Barkwell, Abby, Candy, M. Lady Caterina and Purry. Her beloved cats Piccolo and Rudolpho live on a farm just outside of Brookville. She collected antiques, paintings, and had impeccable but eccentric taste. She loved singing opera. Despite being terrified of heights her entire life, she went on multiple hiking trips with her son in The White Mountains in New Hampshire where she climbed many of “The Presidentials” including Mt. Washington.

She was one of the 21 grandchildren of Dr. Arthur C. and Mary Cowan McKinley. Pamela and her siblings spent many summers visiting her relatives in Brookville. In turn, many of them visited Pam while she was growing up in the South. Per his wish, Dr. McKinley’s seven children donated the land where the McKinley Center at Laurelbrooke Landing now resides.

Oliver would like to thank the staff, nurses and aides at Laurelbrooke, Harmony Circle, and McKinley Health Center for their care, humanity, music and joy. Thanks to her friends and family for their support. Special thanks from Oliver and Pam’s sisters, Barbara and Brenda to cousins Arthur and Catherine McKinley, Mark and Joanne McKinley, Barb McKinley, and Denny and Anne Hulse who visited her regularly and helped her son stay connected even when he couldn’t be there in person.

This spring there will be a memorial celebration in Brookville and another one in New York City for her theater community. All are welcome. Details to come.

You can make contributions in celebration of her life to
The McKinley Health Center at Laurelbrooke Landing https://wrc.networkforgood.com/projects/67212-support-our-mission
and
Pupstarz Rescue
https://www.pupstarzrescue.org
Read Less

To plant a memorial tree in honor of Pamela Payton-Wright, please visit our Heartfelt Sympathies Store.
No funeral details available.

Donations are being accepted for: WRC HEALTH CARE SUPPORT SERVICES.

We encourage you to share your most beloved memories of Pamela here, so that the family and other loved ones can always see it. You can upload cherished photographs, or share your favorite stories, and can even comment on those shared by others. 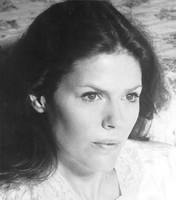