To share your memory on the wall of Donald "Don" Rhoades, sign in using one of the following options:

Provide comfort for the family of Donald "Don" Rhoades with a meaningful gesture of sympathy.

We encourage you to share your most beloved memories of Donald "Don" here, so that the family and other loved ones can always see it. You can upload cherished photographs, or share your favorite stories, and can even comment on those shared by others.

Posted Jan 22, 2020 at 04:30pm
Wow, this news makes me sad! While I was never a student of his while at CL, my interactions with Mr Rhoades were always warm and friendly. A super nice Dude all the way around! My Dad went to his home for a plumbing service call and I stayed outside to sketch his interesting looking barn. He came out and invited me inside and was so gracious I could not say no. On heck of a softball player as well! Happy Trails, Don!
Comment Share
Share via:
GW

Posted Jan 22, 2020 at 04:00pm
To the family of Don Rhoades
We extend our heartfelt sympathy for the loss of a good neighbor and friend.
George and Shirley Walker
Comment Share
Share via:
RR

Posted Jan 20, 2020 at 03:24pm
When I coached at Clarion Don and I usually convened once a week at Perkins for breakfast. We would “replay” the games and he always had a nugget of wisdom to share.
He introduced me to the Brookville Adult Sunday School Class. I enjoyed some warm fellowship with them over the years.
He supported our university for many years in so many ways.
He loved teaching Sunday school and would send me his notes from time to time. His passing is a huge loss for the Brookville community and beyond. Peace and prayers to his family. 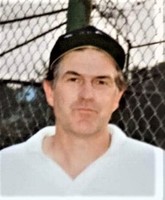