To share your memory on the wall of John "Squeak" Scolese, sign in using one of the following options:

We encourage you to share your most beloved memories of John "Squeak" here, so that the family and other loved ones can always see it. You can upload cherished photographs, or share your favorite stories, and can even comment on those shared by others.

Posted Mar 02, 2020 at 02:32pm
I really wish I could have been there today to see everyone. I miss you all so much. My deepest sympathies to the entire Scolese family. All my Love. Cheryl
Comment Share
Share via:
D

Posted Feb 27, 2020 at 04:07pm
Our deepest sympathy is extended to the Scolese Family . Squeak was a wonderful guy and will be missed. You are all in our thoughts and prayers.
Sincerely
Terry and Denise Laukitis, Sykesville
Comment Share
Share via: 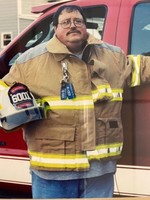