To share your memory on the wall of William "Bill" Kutz, sign in using one of the following options:

Provide comfort for the family of William "Bill" Kutz with a meaningful gesture of sympathy.

We encourage you to share your most beloved memories of William "Bill" here, so that the family and other loved ones can always see it. You can upload cherished photographs, or share your favorite stories, and can even comment on those shared by others.

Posted Mar 22, 2020 at 04:36pm
My condolences to your family, Bill. May God bless them and give them peace during their great loss.
See you again someday,
Dennis Kocher
Comment Share
Share via:

Posted Mar 21, 2020 at 06:00pm
Linda, Max, and Katie, as one that just went through this, I know that right now it is hard to think this, but he is in a better place now. None of the medical issues of the past matter anymore. He is up there running races and relaxing afterwards with a nice cold one. He was a great friend and always fun to run into and talk with. He will be missed here on earth, but he is in a much better body now and has no health issues to worry about now. Take Care and God Bless each of you.
Comment Share
Share via:
LN

Posted Mar 21, 2020 at 10:38am
Linda, Katie and Max, I am so sad to hear that Bill, your dad has died. I am sure good memories will provide comfort to you during this difficult time. Bill was always a good neighbor to us. He was a pillar on Barnett Street! Much love to you all. Laurie Newsome
Comment Share
Share via:

Posted Mar 21, 2020 at 02:06am
Dear Linda, Max, Katie and all the Kutz family :
Our thoughts and prayers are with you as you grieve and celebrate the life of our friend and companion Bill.
My mind is flooded with gratitude for a life well lived and a passion for the love of Jesus Christ which Bill so gladly shared with those around him. My memory goes back to our younger days when we ran many Laurel Festival 10K YMCA races-he enjoyed them so !!
I remember the year that Bill served as scoutmaster of Boy Scout Troop 64 and his dedication to the youth of our community.
Those who were fortunate to have Bill as a teacher respected and appreciated him as one of the best. Bill famous saying " It is a great day to be alive and to be in Pennsylvania " was remembered by many.
I remember Bill best as a devoted Sunday School teacher and worship leader in the Presbyterian Church in Brookville. Bill's devotion to the love of Jesus Christ was so powerful and passionate. Bill told us that Christ had to use a ball bat on him to get his attention. I am not sure of what the nature of his exact encounter with Jesus Christ was because he only shared some of the details, but we witnessed his devotion to sharing what he experienced with all of us. His meticulous sharing of the details of his study of theology is something we all have cherished for so many years . His mind would whirl as he detailed the teachings of John Calvin and he would write endless details on the board for us to all understand. It was difficult to watch him struggle the past couple years with the disease that robbed him of his ability to perform what he loved. Bill shared with the class members that he had turned the disease over to Christ, and that he was grateful for his life, and for his family and his faith, and that he had no regrets. I last saw Bill in February in the borough truck with Dave Valosio where we shared with each other our prayers for each other and I expressed my appreciation to Bill for his witness to Christ. He has truly been an inspiration to so many and I was able shared that with Bill. May God comfort and bless you all as you grieve the loss of a great man and powerful example to us all.
In Christ,
Don and Sandy Musgrave and family
Comment Share
Share via:

Posted Mar 20, 2020 at 04:31pm
Bill was one of my all-time favorite teachers and just a great and wonderfully unique person. If the ultimate goal of any educator is to make a difference in their students' lives, then he succeeded a thousand-fold. My deepest sympathies to the Kutz family.
Josh Bish, BAHS Class of 1992
Comment Share
Share via: 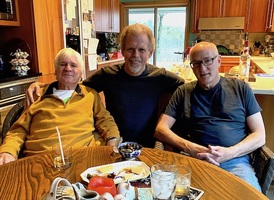 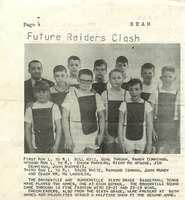