To share your memory on the wall of Nathaniel "Cy" Vandervort, sign in using one of the following options:

Provide comfort for the family of Nathaniel "Cy" Vandervort with a meaningful gesture of sympathy.

There are no events scheduled. You can still show your support by sending flowers directly to the family, or planting a memorial tree in memory of Nathaniel "Cy" Vandervort.
Plant a Tree

We encourage you to share your most beloved memories of Nathaniel "Cy" here, so that the family and other loved ones can always see it. You can upload cherished photographs, or share your favorite stories, and can even comment on those shared by others.

Posted Apr 26, 2020 at 01:43pm
Those of you who know my Dad knew he liked to be doing something. Generally out side,he loved to mow grass, cut down trees .or fix something from tractor's to bird houses.He was a man who could do just about anything. Electrical, plumbing, carpentry.He even taught himself to weld.He taught me much while I found myself often holding a light a board or some tools while he worked on many projects. I didn't know it then but he taught me much.
He was a thinker and often keep his thoughts To himself. We will miss him ,seeing out mowing or just out puttering around.
I know it's to late but thanks for everything
Comment Share
Share via:
JD

Posted Apr 25, 2020 at 07:19am
I will miss cy so much. He and i had a good connection. One day i told him i was so jealous because all the other girls heard him sing and he always practiced when i was off.. An hr later he knocked on med room door and said you coming i wanna play foryou!!!
Iwas in aww the old time country is my favorite and hewould sneak in his own verse here n there that made you giggle..he got quitea crowd on second floor residents came outof thier room just to lusen,tap thier foot and sometimes giggle. I also. Remeber special times. He would come out of the elevator or up the stairs and pretend to be ready to fight and saying haha i gottcha ..his larger than life smile will always be in my heart. I was the one truely blessed with cy being at work. Much love huggs and prayers to the family he was truely a treasure
Comment Share
Share via:
LS

Thank you for taking such good care of our Dad, and for sharing these sweet memories.
BF 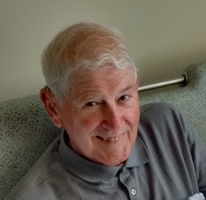 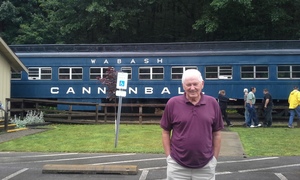 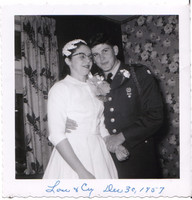